Marianne and Darlene: A 60-Year Friendship

Marianne Matzo and Darlene Domanik grew up within a few blocks of each other in Lincoln Park, Michigan. They attended the same Catholic church, parochial elementary and high schools. They have been friends since the first grade! The claim of a 60 year friendship is no exaggeration. 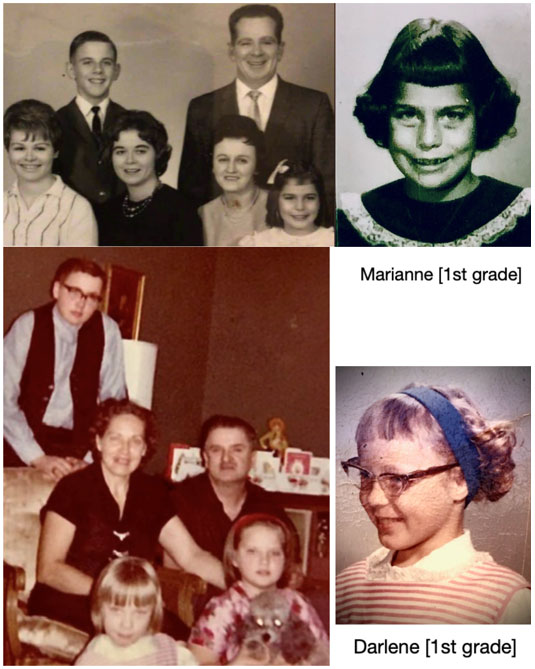 One afternoon in 8th grade Sister Leona reprimanded Darlene for wearing eyeshadow and mascara: this was not only heretical, it was probably poorly applied. She was sent to the girls lavatory to remove it.  Marianne was in there, brushing her teeth. She wore braces and always brushed after lunch as good Catholics do. There was no soap, sacramental or otherwise, so Marianne helpfully suggested Darlene use her Close Up toothpaste as eye makeup remover. This went badly. Darlene’s eyes burned, wept and puffed up red, causing various rumors. This story is still told at Good Shepherd elementary as a cautionary tale. 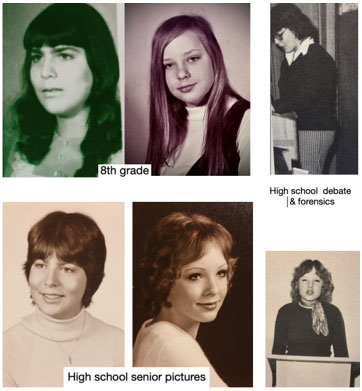 In high school, Marianne “made” Darlene go out on a date with one of her best friends, a tall, skinny, nerdy guy named Gary. He was Chemistry Club, she was Drama Club. They immediately, intensely disliked one another. Marianne was shocked, she had been so sure of this match. Despite this debacle,  Marianne and Darlene remained friends throughout high school, participating in many of the same activities. Both their mothers required them to work at jobs to help pay bills at home. Marianne worked at the mall, Darlene was a telephone solicitor. While other friendships waned, theirs was sustained by shared practicality (they were always broke), a profane sense of humor (they were going to hell anyway), boundless curiosity (yes, they were still virgins) and fearlessness (except when it came to their iron-fisted mothers). Both escaped home and lost their virginity as soon as possible. 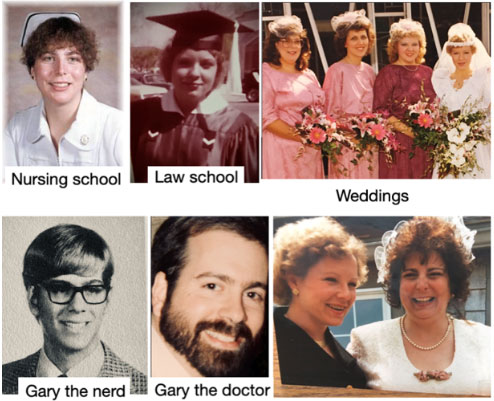 Marianne became a nurse/educator, Darlene became a trial lawyer. Darlene and Gary met again at Marianne’s (1st) wedding, at which Gary was Marianne’s “man of honor.” Marianne persistently badgered  Darlene to ask him out. She was RIGHT: this time, the fire ignited! No longer a dweeb, he had grown up into a handsome Emergency Physician. Marianne was a bridesmaid at their wedding. 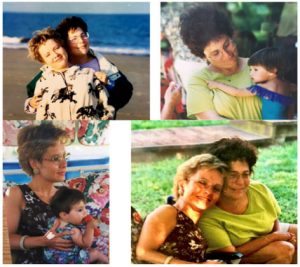 Throughout the demands of parenthood, Marianne’s two “practice” husbands, moves across the country, nursing elderly parents, occasional lapses in communication, their friendship has endured. They could call one another, even if they had not spoken for years, and pick right up where they left off. They both know and appreciate how special this is.  They each had two daughters, now grown adults.  Guess which mom goes with which pair? 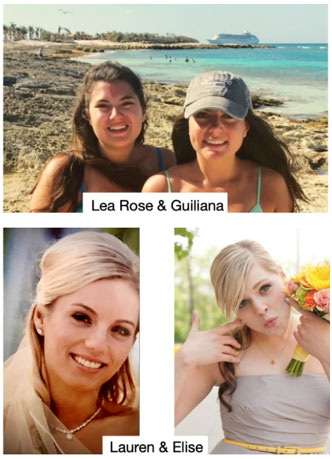 A little more than a year ago, and after they had both retired, Marianne asked Darlene to help with a project she had been thinking about for years. She said “I think you have the right sense of humor to help create a non-scary book for children which ‘normalizes’ death. You might even be crazy enough to make the book FUN.”  She knew that Darlene could write well, had a good understanding of how preschoolers’ minds worked, was artistic, and had many business connections.

This book, aptly named “Everyone Dies and Yes, It is Normal,” was inspired by a special day Marianne and her (last and best) husband, David (a handsome, retired two star general— don’t see many of those around) had experienced with their grandson, Jax, at the beach… 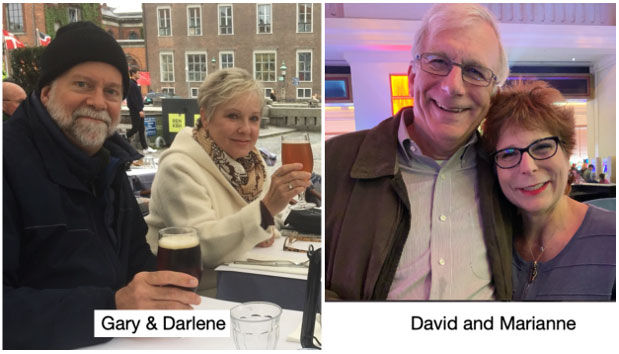 The rest, as they say, is history. But the history of these two remarkable women is still in the making.

This website uses cookies to improve your experience while you navigate through the website. Out of these, the cookies that are categorized as necessary are stored on your browser as they are essential for the working of basic functionalities of the website. We also use third-party cookies that help us analyze and understand how you use this website. These cookies will be stored in your browser only with your consent. You also have the option to opt-out of these cookies. But opting out of some of these cookies may affect your browsing experience.
Necessary Always Enabled
Necessary cookies are absolutely essential for the website to function properly. These cookies ensure basic functionalities and security features of the website, anonymously.
Functional
Functional cookies help to perform certain functionalities like sharing the content of the website on social media platforms, collect feedbacks, and other third-party features.
Performance
Performance cookies are used to understand and analyze the key performance indexes of the website which helps in delivering a better user experience for the visitors.
Analytics
Analytical cookies are used to understand how visitors interact with the website. These cookies help provide information on metrics the number of visitors, bounce rate, traffic source, etc.
Advertisement
Advertisement cookies are used to provide visitors with relevant ads and marketing campaigns. These cookies track visitors across websites and collect information to provide customized ads.
Others
Other uncategorized cookies are those that are being analyzed and have not been classified into a category as yet.
SAVE & ACCEPT

You have Successfully Subscribed!