The True Story Behind the Book

A little over a year ago, Marianne was vacationing at a beach in Cancun with her newlywed husband Dave, his son Marcus, Marcus’ wife  Heather, and their three year old son Jax. 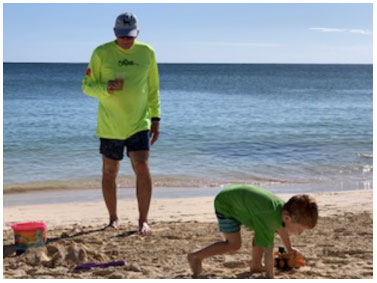 Jax found a crab claw on the beach and asked what it was and where it came from. Thus ensued the conversation reflected in our book, Everyone Dies and Yes, It is Normal.

David wisely turned the discussion over to Marianne, who had been explaining the reality of death to children as part of her job for many years.

When she explained to Jax that everyone dies, Jax naturally responded, “Why?”

Marianne used her own tried and true, simple and  accurate explanation:

“We die when we become VERY VERY hurt, VERY VERY sick, or VERY VERY old.” That led to questions regarding what “VERY VERY” sick, hurt or old means. 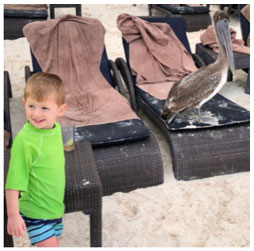 “A LITTLE BIT of hurt, sick or old won’t cause death…. like a cut finger, a runny nose and cough, or just having gray hair and wrinkles. It has to be a LOT, like being hurt in a really scary accident and the ambulance comes. Or being so sick you can’t breathe or eat, and doctors and medicine just can’t help, even though they try their very best. When someone dies from old age, that happens when they are so old their body just wears out and doesn’t work any more.”

At the end of this short discussion, Jax said “Okay!” He was quite satisfied, and that was that.

Just like in the book, Jax explained death to his dad and mom, and went to sleep with the crab claw next to him in bed. 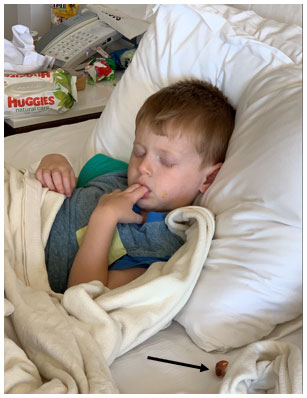 Marianne had been thinking about writing this book for years. This day on the beach inspired her to finally do it, as well as the fact that she had just retired and now had time. She reached out to her trusted friend Darlene, who is very creative, a good writer, and because of her experience operating a child care business, understood how to communicate effectively with preschoolers. It was very important to Marianne that the book NOT be too serious or scary, even though it had to be true and direct.

Marianne provided the inspiration and expertise regarding the subject matter; Darlene’s artistic creativity and business acumen enabled them to make this project a reality. These two friends hope their efforts will result in less fear and suffering as everyone faces the inevitable. This is especially important at this time of global pandemic, in which many, many people have died. They hope this will become the “go to” book for starting a very necessary and timely conversation about mortality.

This website uses cookies to improve your experience while you navigate through the website. Out of these, the cookies that are categorized as necessary are stored on your browser as they are essential for the working of basic functionalities of the website. We also use third-party cookies that help us analyze and understand how you use this website. These cookies will be stored in your browser only with your consent. You also have the option to opt-out of these cookies. But opting out of some of these cookies may affect your browsing experience.
Necessary Always Enabled
Necessary cookies are absolutely essential for the website to function properly. These cookies ensure basic functionalities and security features of the website, anonymously.
Functional
Functional cookies help to perform certain functionalities like sharing the content of the website on social media platforms, collect feedbacks, and other third-party features.
Performance
Performance cookies are used to understand and analyze the key performance indexes of the website which helps in delivering a better user experience for the visitors.
Analytics
Analytical cookies are used to understand how visitors interact with the website. These cookies help provide information on metrics the number of visitors, bounce rate, traffic source, etc.
Advertisement
Advertisement cookies are used to provide visitors with relevant ads and marketing campaigns. These cookies track visitors across websites and collect information to provide customized ads.
Others
Other uncategorized cookies are those that are being analyzed and have not been classified into a category as yet.
SAVE & ACCEPT

You have Successfully Subscribed!